A track with a new name since late October 2011 in tribute to its country fellowman who died too early.

The name changed but that's not all, the track itself also underwent a lot of changes, the last of which date from 2007 when, under the guidance of Valentino Rossi and Loris Capirossi, the direction of rotation was reversed in order to turn clockwise.

The length of the track has now been increased to 4,226 meters, which is 800 meters more than the original plan. The circuit has a width of at least 12 meters and offers 12 bends distributed equitably on the right (including five successive) and on the left. As the longest straight does not exceed 600 m, we can speak of a sinuous track which imposes excellent braking, a good stability of the front and a maximum of adhesion on the angle.

Nevertheless, the speed remains high since the fastest lap was achieved in 1'31 "629 by Jorge Lorenzo in 2018.

The Italian Grand Prix was hosted there in the 1980s and the early 1990s and Misano made its return to the MotoGP calendar in 2007. The circuit can accommodate up to 70,000 spectators following the modernization of its infrastructure. 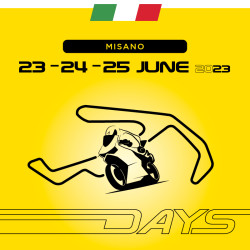 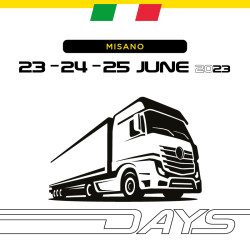